Bringing My Light to the Shadow of Kundalini Yoga 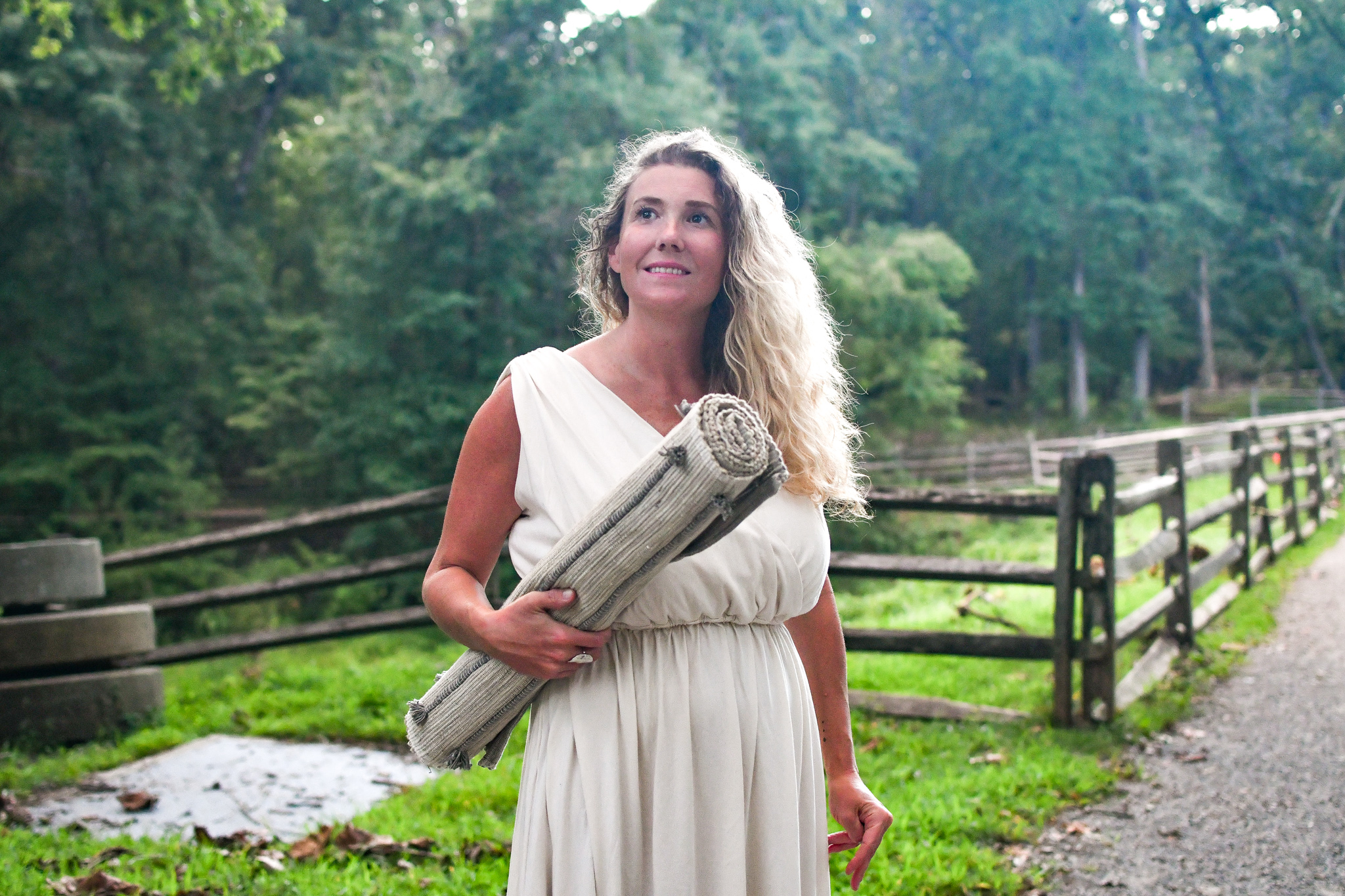 When the allegations against Yogi Bhajan, a Kundalini Yoga Master Teacher who bought the teachings to the West, gained momentum, they felt really very real. The #Metoo movement is credited with amplifying the voice of survivors of abuse, and it was on the heels of this movement that in August 2020 an independent third party published their findings of the allegations. As a Kundalini Yoga Student, Teacher, and Kundalini Yoga Therapist in training, I want to share my own truth and how I found light in my own practice despite the allegations which are detailed here.

My connection to Kundalini Yoga

I started practicing Kundalini Yoga long after Yogi Bhajan died. I never met him, nor did I even take the time to Google his name when I started the practice. I had just moved to Dubai from Kabul at the time. When I found Kundalini Yoga, I had already been doing yoga for about 12 years. I even packed a yoga matt when I moved to Kenya as a U.S. Peace Corps volunteer in 2006. Something about Kundalini Yoga felt different. When I practiced, there was a huge sensation and feeling of “coming home.”

And here’s the thing…

I had months earlier been diagnosed with Adjustment Disorder (which what was also masked as PSTD) and had low levels of energy, difficulty sleeping, bad skin, and lost my glow (figurately and literally). I never wanted to be a Kundalini Yoga Teacher but there were simply not enough teachers in Dubai. So, I became a teacher. In 2019, I further deepened my commitment to the practice when I started my Kundalini Yoga Therapy coursework. Honoring my background and skills in social work, I truly believe that yoga and meditation complement traditional healthcare and is my path in this lifetime.

I write all this, because for me and for many others I know, Kundalini Yoga works. Which made the report and allegations even more devasting.

The allegations and report

The #Metoo social movement empowered women through solidarity and strength in numbers to share their stories of abuse or harassment. As a social worker, I am relieved that it is becoming the new normal, to openly discuss topics that I knew impacted so many people.

As with #Metoo, one book, Premka: White Bird in a Golden Cage: My Life with Yogi Bhajan by Pamela Sahara Dysen sparked other women to stand in solidarity, and to share their stories of abuse. What followed was the creation of the Collaborative Response Team, and an investigation conducted by an independent third party, An Olive Branch, which explored the allegations against Yogi Bhajan.

What does it mean to me?

The report bought up feelings and emotions associated with yoga that I never experienced before. Firstly, I had an intense desire for justice and transparency. I wanted the cadre of Lead Teachers and community members in the Kundalini Yoga world to stand up, to speak out, to say sorry….and to name and shame others. The report, in my case, triggered a deep sense of finding my own voice and my own power to speak out, on and off the mat.

Over the years, I’ve witnessed injustices, violence, assault, death, corruption, and bullying. In some cases, I reported it and in other cases I dismissed my concerns because I loved what I did. In cases where I did speak out, the fallout was usually much worse than the initial incident. (In one case, where I was evacuated by helicopter from my current post of work because there were legitimate concerns I would be killed, and in another, I never reported to the police the threats that my boss made to my coworker). I share this here, so you know that I’ve walked the path of someone whom was shamed and threatened for both speaking out, and not speaking out, and I will work to end this culture both in yoga and beyond.

My future with this practice

I took a month-long break from Kundalini Yoga. It was serendipitous, in that I was traveling overseas, and had little time to focus on my personal practice, or to teach. Kundalini Yoga is also a unique practice in that we “tune in” at the start each class with the Adi Mantra, meaning we chant a mantra to connect us to own wisdom and to all the teachers before us. I use this mantra off the yoga mat too. I chanted it before an important work assignment or to connect to my own divinity in times of stress. For now, I still “tune in,” however, I am now connecting to my own sovereignty, my own power and my wisdom and not (for now) the teachers before me.

Here is a list of things that I will now adhere to in my practice, as I continue to stand in my own power and teach from a place of love and commitment.

My promise to you

I promise to use the collection of my experiences, education, and power, to promote peace in all communities and within all lives with integrity and the heart. I will endeavor to stay connected, accountable, sensitive, and skillful. I recognize and embrace that through my qualifications and conviction, I can help prevent and repair harm, resolve conflict, promote peace for all and leave the world a better place. This is my promise.

I welcome an opportunity to learn and listen from this community and I can be contacted at nicole@mukanday.com. You can also check out ways that KRI is creating organization change. They have offered free counseling, community dialogue calls, grief recovering tools, committment to safe spaces, diversity and inclusivity, justice, and zero tolerance for abuse. You can read more about these inspiring and uplifting changes here.

Nicole Malick (MSW & LSW) is an international social worker and innovator recognized for her ability to effectively design and lead sustainability and community resilience programs. Nicole has served on numerous boards in the public, private and civil society sectors and has guided several high-level initiatives focused on public health, sustainability and gender equity. Using her broad experience and deep networks as an aid worker, diplomat, adviser and yoga teacher, Nicole works on the intersection of sustainability and wellness to deliver bespoke services to all echelons of communities. She is currently enrolled in a Kundalini Yoga Therapy program and lives and works in Abu Dhabi.

To learn more about Nicole’s work you can check out www.mukanday.com or write to her at Nicole@mukanday.com